Debt has control over a large portion of the world – at least that’s what we hear from professional financiers.

To some analysts, debt is an important driver of global economic growth.  Debt issuance has enabled countries around the globe to build roads, bridges, and many other infrastructure projects.

The other end of the analytical spectrum points out potential risks in the large amount of debt global economies have accrued over the years.  These professional analysts see the risks associated with the massive debt burden as an honesty problem, pointing out that too much debt is robbing economic growth from pending generations. The coming generations will be strapped with the massive amount of debt.

Global debt is about $244 trillion, which is approximately $22 trillion more than it was in the first quarter of 2017. 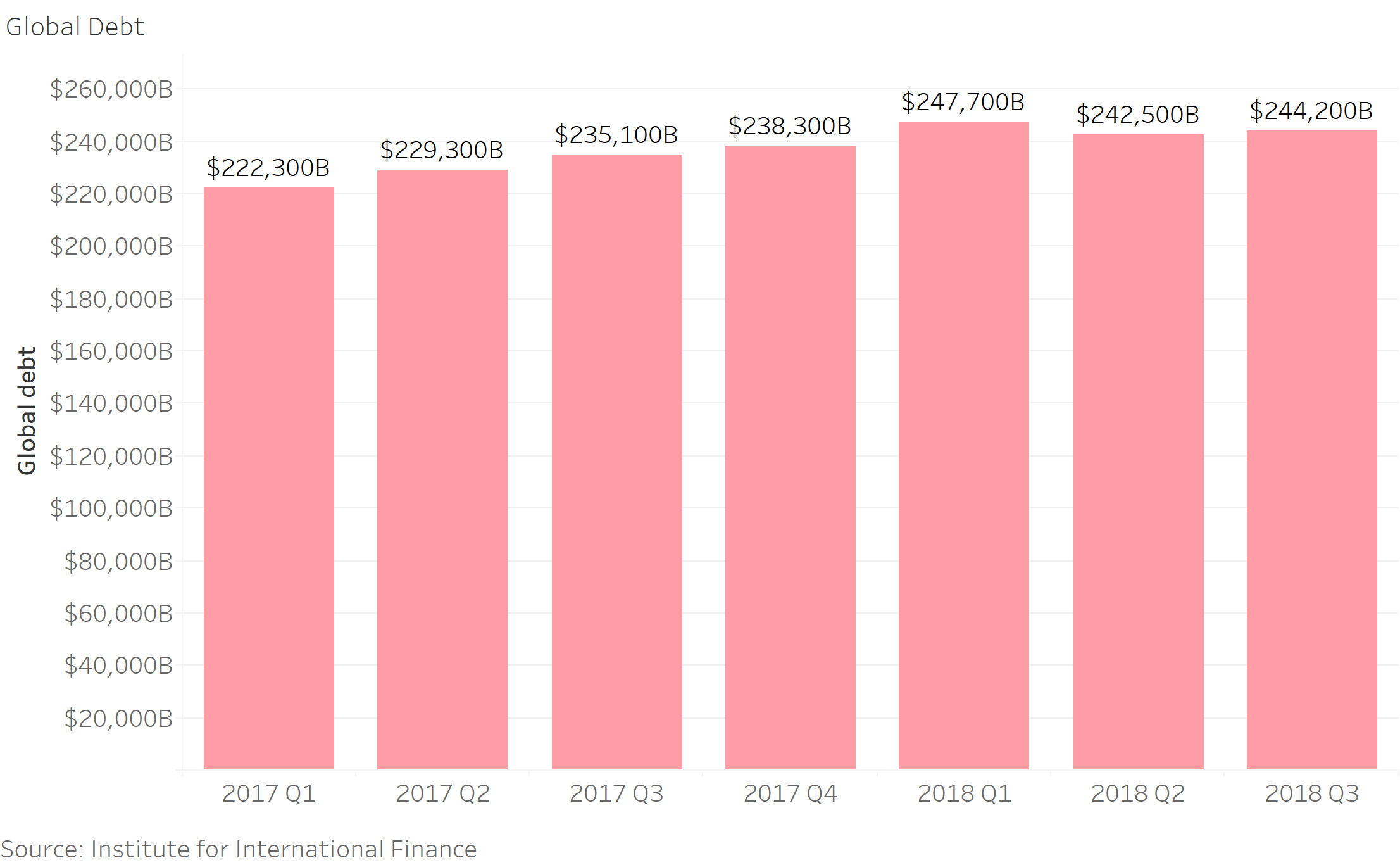 The massive debt load begs the question – Is today’s debt load a risk, or a continued source for global growth?

Of course, the answer to this simple question is – we don’t know.

This is amazing – the highest level since August 2017.

The real question, though, is whether the chart indicates we’re living in a debt bubble.  What do you think? No one, of course, knows. We do know that the increased demand for investment grade debt indicates investors’ concern for the global economy. We also know that the rise is not sustainable. Eventually, the bubble will bleed.

And such a bleeding may be bad.  One of the few ways to hedge against the potential bleeding is own assets that hedge against such risks, such as owning gold. 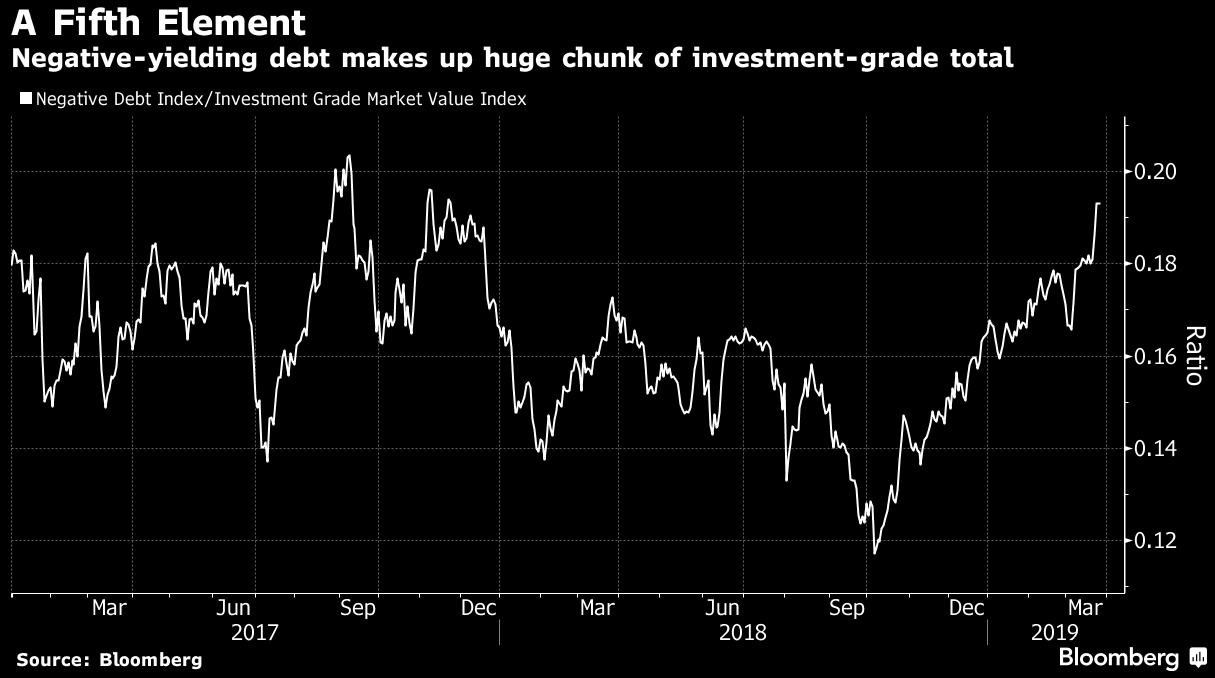 Conclusion
The world is awash in debt. We may see debt surpass $260 trillion by the end of 2019. Almost unbelievably large by most any measure. Whether the massive debt burden will lead to bleeding this year or the coming years is anyone’s guess, but one thing we do know – it will eventually turn into a problem.  A very large problem.