How Has the Ukraine-Russia Crisis Affected Precious Metals?

Russia is amongst the world leaders when it comes to commodity prices. Its oil and gas, precious metals and food commodities make up a large share of their annual exports. Specifically, Russia supplies 15% of the world’s platinum, has a 40% share of the world’s palladium, (which makes it the world’s largest producer), and is the second largest gold producer.

The conflict going on in Ukraine has made investors and governments wary of the global supply chain when it comes to precious metals. The sanctions imposed on Russia along with its removal from the SWIFT Banking system will also provide large obstacles to export its precious metals, consequently increasing their value as demand grows.

The automobile industry is increasing its production in 2022 as the global semiconductor supply chain crisis eases. This production is driving demand for precious metals like platinum, palladium, and rhodium. These industrial metals are key components of autocatalytic converts; technology used to lower emissions. Rhodium alone has recorded a 67.52% increase in its value since the start of 2022. Palladium has increased 34.60% this year and is expected to continue if supply decreases and demand increases.

Investors worldwide are also turning to safe haven metals like gold and silver to hedge from stock market shocks and currency depreciation. The insecurity revolving around this situation has moved a lot of cash away from traditional stock and forex markets into the commodities market. The same can be said for oil and gas. This upside though, is limited to the possibility of an interest rate hike by the US Federal Reserve that is envisioned to start in March.

The key metal to look towards is palladium. Being the largest producer, it is evident that these sanctions will heavily affect palladium’s value. While exports might drop due to the sanctions, the supply shortage is expected to boost prices. In the last 7 days, where the conflict has evolved from a possibility to an actuality, the metal has jumped from last Tuesday’s market open price of $2,400/oz to $2,556/oz at the time of writing. This represents a 6.50% increase in the metal’s value. 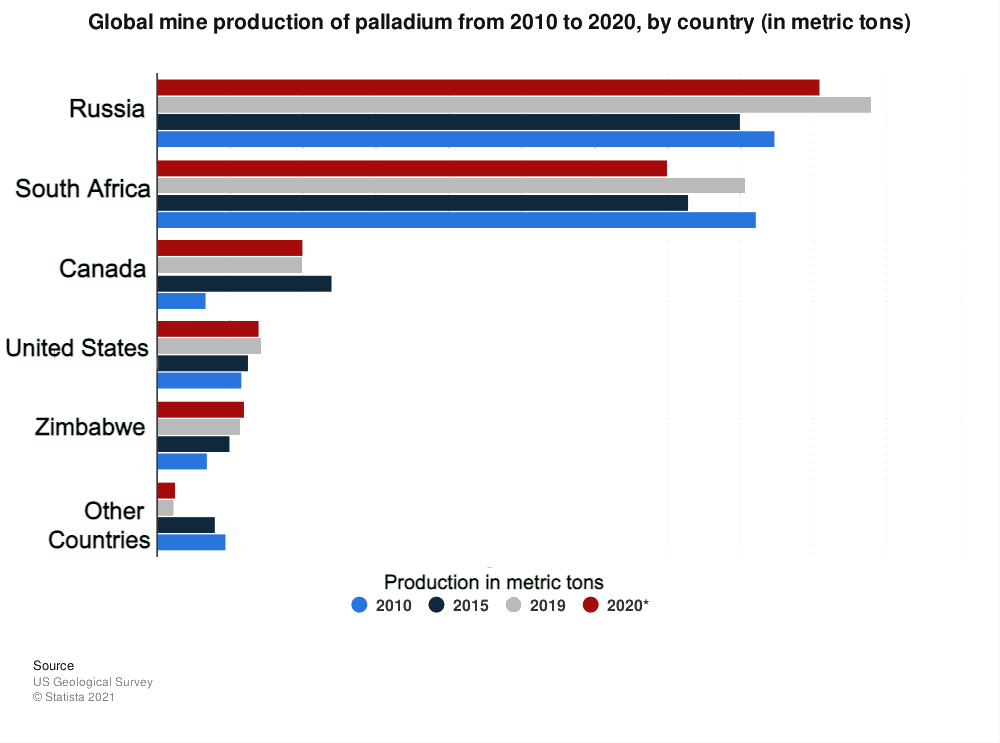 The Ukraine Russia crisis has also caused US and European treasury yields to drop. The US 10 Year Treasury yield dropped from 2.045% mid February to 1.694% today. This massive drop has caused an outflow of cash from the bond market and an inflow into the precious metals market as investors look for safer options to park their wealth.

With the state of the Russian ruble collapsing, losing -31.54% of its value in a matter of days, the Russian government might look to sell its gold reserve to support its economy and its military plans. Currently, 23% of the Russian central bank’s monetary base it gold. 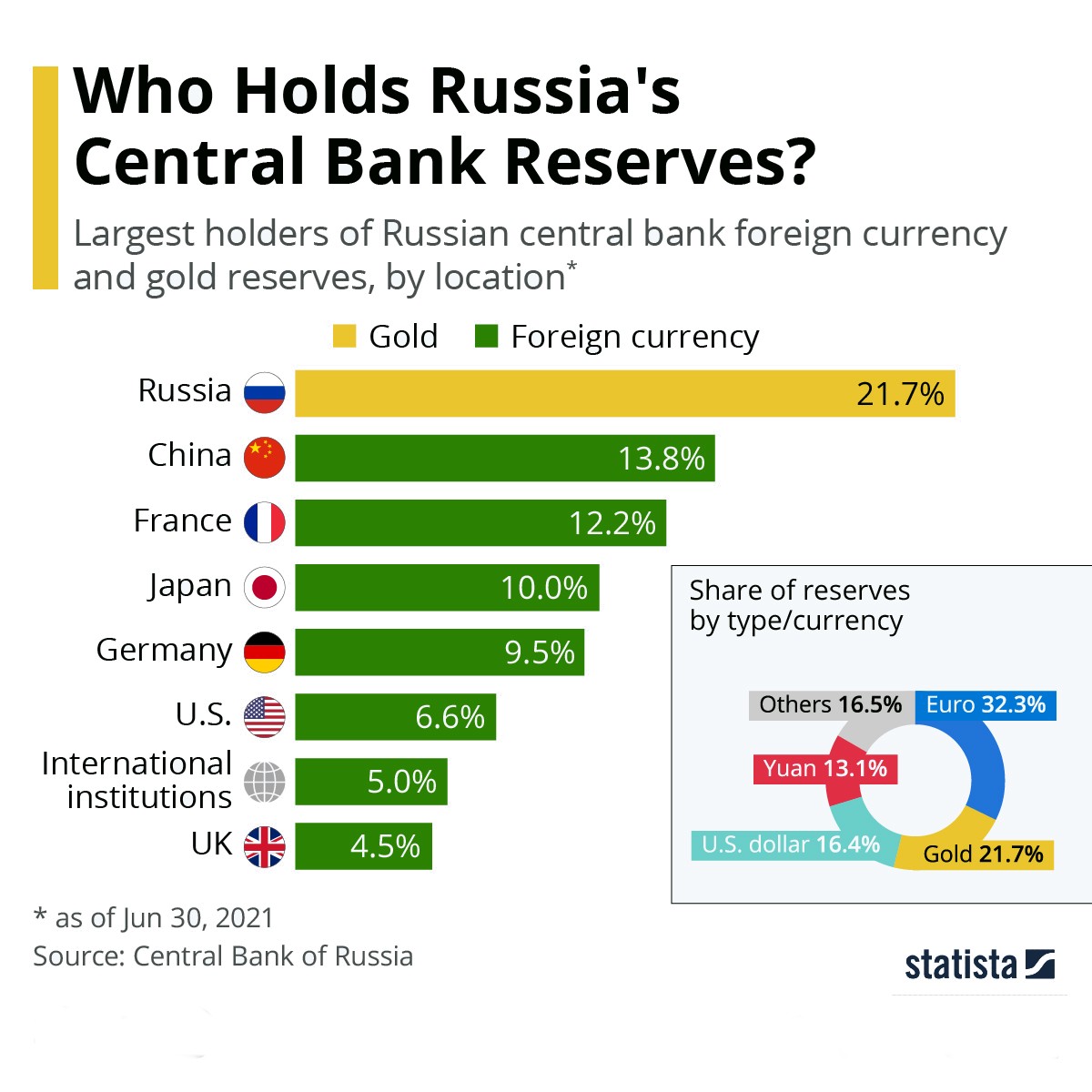