Silver coins are a popular way to diversify your portfolio. Access to these coins is more affordable than gold, and silver's demand and supply are affected differently than gold. This makes silver a good addition to any portfolio. For investors looking to buy silver coins, the option of new, 2023 issue uncirculated coins and backyear, circulated coins are both available. One significant fact to remember with the 2023 edition coins, is that this is the last year the coins will feature Queen Elizabeth II on the front. Below you will find a summary of the best 2023 silver coins to invest in.

The Canadian Maple Leaf is well-known for its purity. Unlike other silver coins that have .999 fine silver, the Canadian Silver Maples have .9999 fine silver, making them purer than most other silver coins available. The design of the silver Maple Leaf coin is iconic, and has not changed since its release in 1988. On the obverse side of the coin are the face value and year alongside a profile of Queen Elizabeth II. On the reverse, there is a single large maple leaf with purity and weight. These coins are available individually and in tubes of 25 coins. 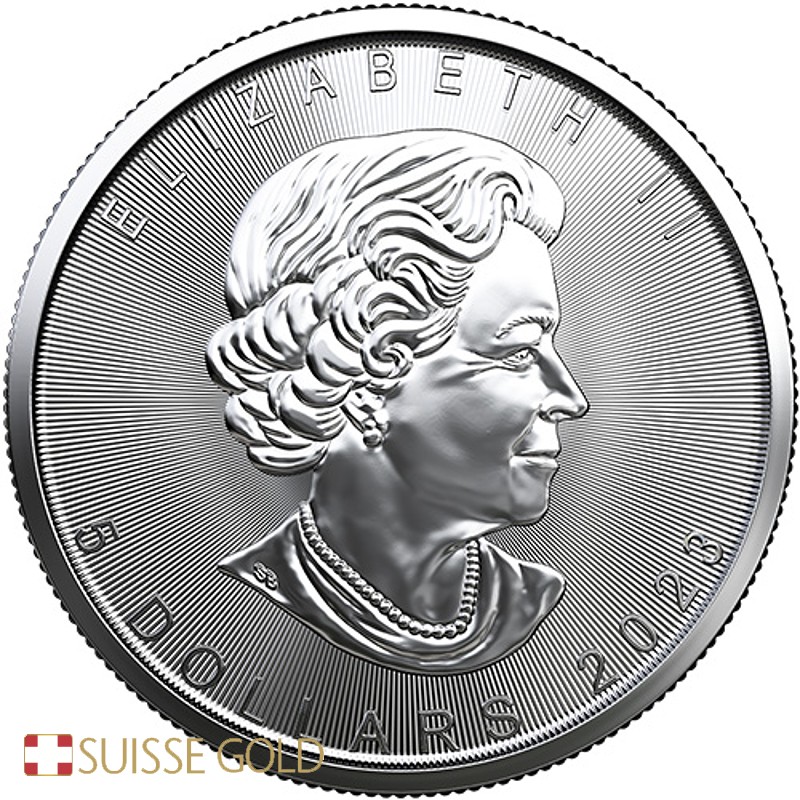 The 2023 silver Britannia coins will be the last to present Britain's longest-reigning monarch. With Her Majesty Queen Elizabeth II passing away recently, the 2023 silver Britannias portraying the Queen is in its final year before releasing a new portrait of King Charles III. This 27th release of the Silver Britannia coins has strengthened security elements on the reverse, featuring the image of Britannia by Philip Nathan, created in 1987. The obverse side has a right-profile relief portrait of Queen Elizabeth II by Jody Clark. Like the Maple Leaf series, this coin has also featured the same design since it was first released. 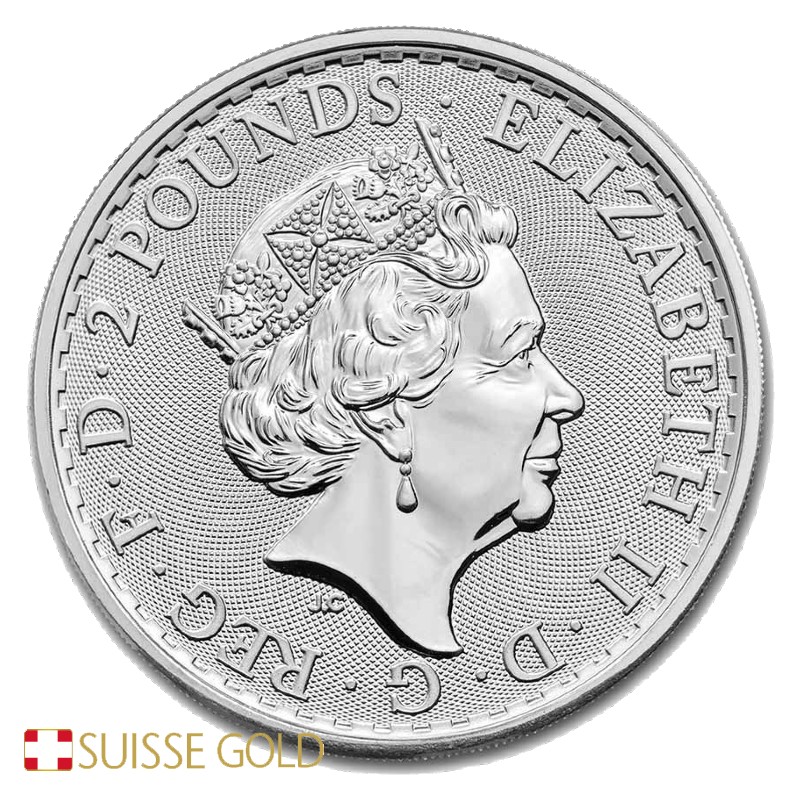 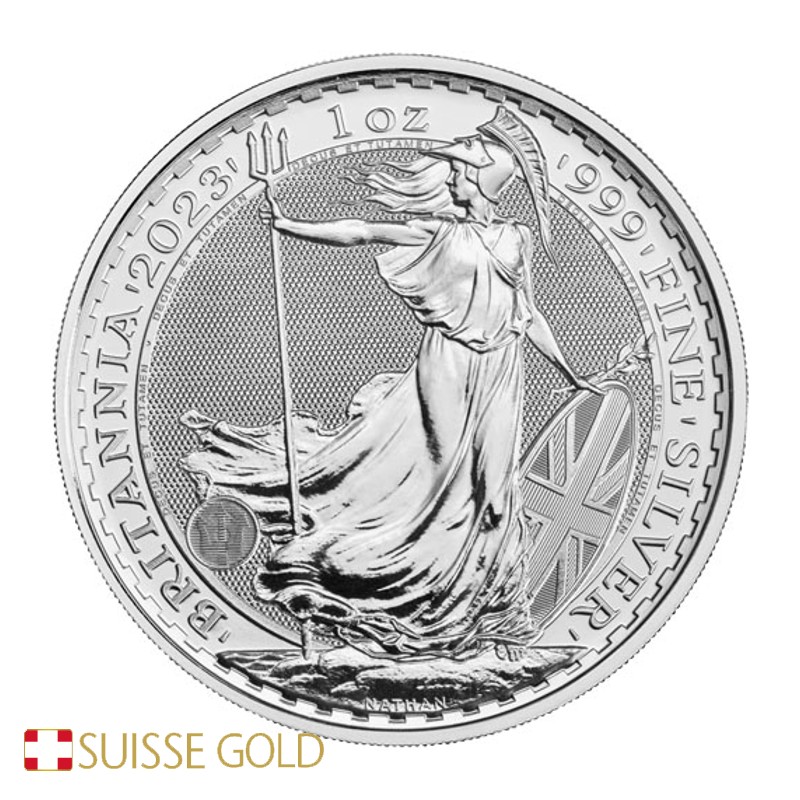 The Austrian Silver Philharmonics coins are not only the best-selling silver coins in Europe but also one of the most popular worldwide. These coins were introduced in 2008 and honour Vienna's Philharmonic Orchestra with their design. The 2023 silver Philharmonic coins are in their 21st year of release in silver. The coins feature the same design as the original 1989 gold coin designed by Thomas Pesendorfer. The reverse side of each coin features an array of musical instruments and the obverse features the Great Pipe Organ of the Golden Concert Hall. 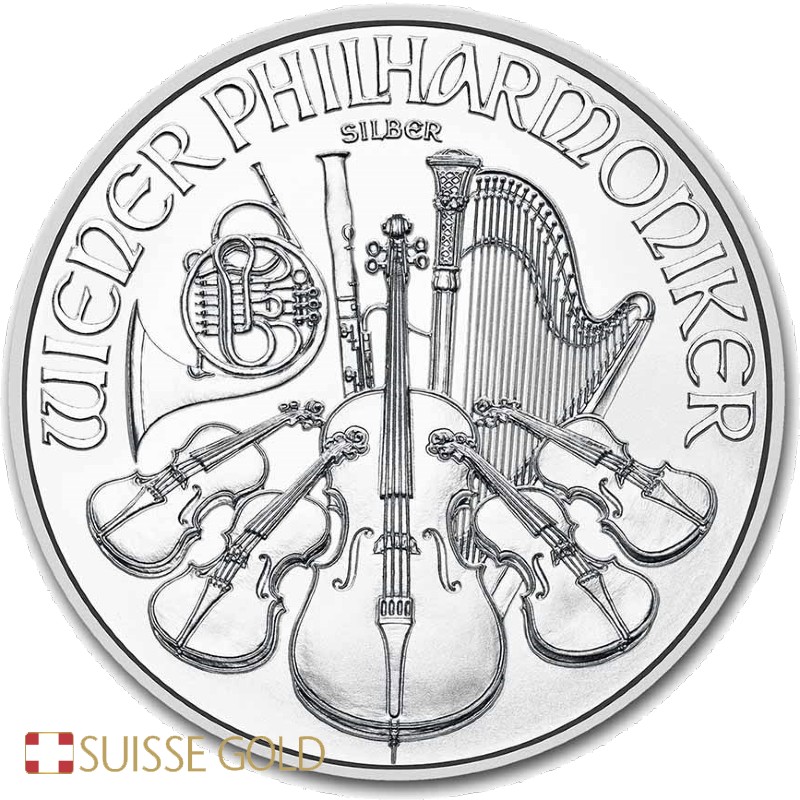 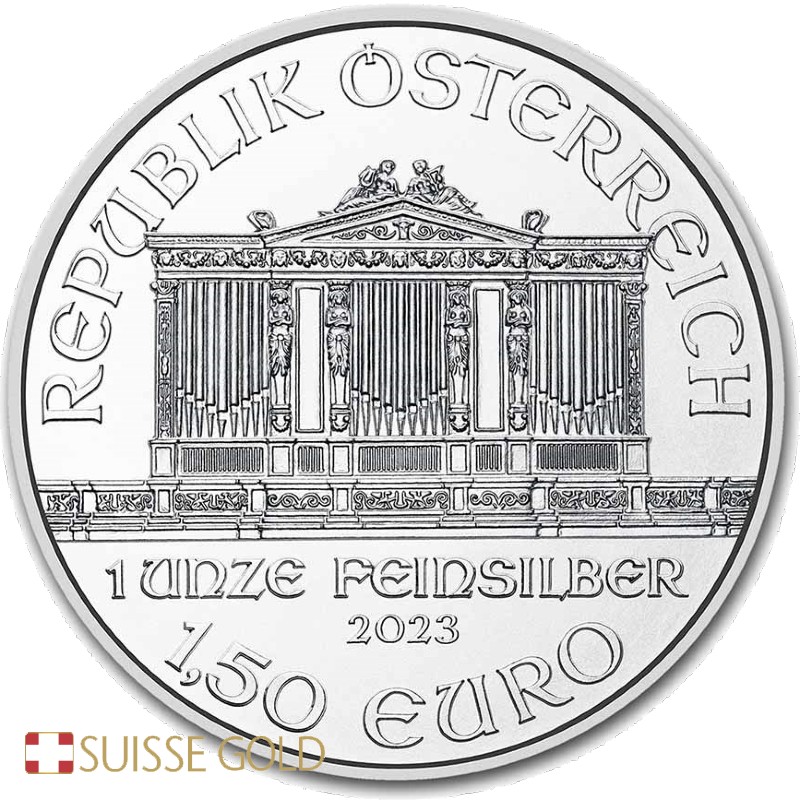 The Australian Kangaroo Series has been available for several years from Perth Mint. It was offered originally as a proof collection, but in 2016 was released as a normal issue silver coin. It was the Perth Mint’s first ever 9999 silver coin. The obverse side of the Australian Silver Kangaroo coin features Jody Clark’s portrait of Queen Elizabeth II. This design is the fifth effigy of Her Majesty to appear on Australian coins. The reverse design has a hopping kangaroo with sunlight rays in the background, which is based on the design of the Australian Copper penny by Stuart Devlin.

The South African Silver Krugerrand coin was first introduced in 2017 in response to the huge popularity of the gold Krugerrand series. The gold Krugerrand was first released in 1967, and the silver Krugerrand coin was released on the gold coin's 50th anniversary. These coins are .999 pure silver featuring a portrait of Paul Kruger, a former president of the South African Republic, on the obverse side. Its reverse side features a Springbok antelope, a native species of Southern Africa, as well as the modern Republic of South Africa official emblem. 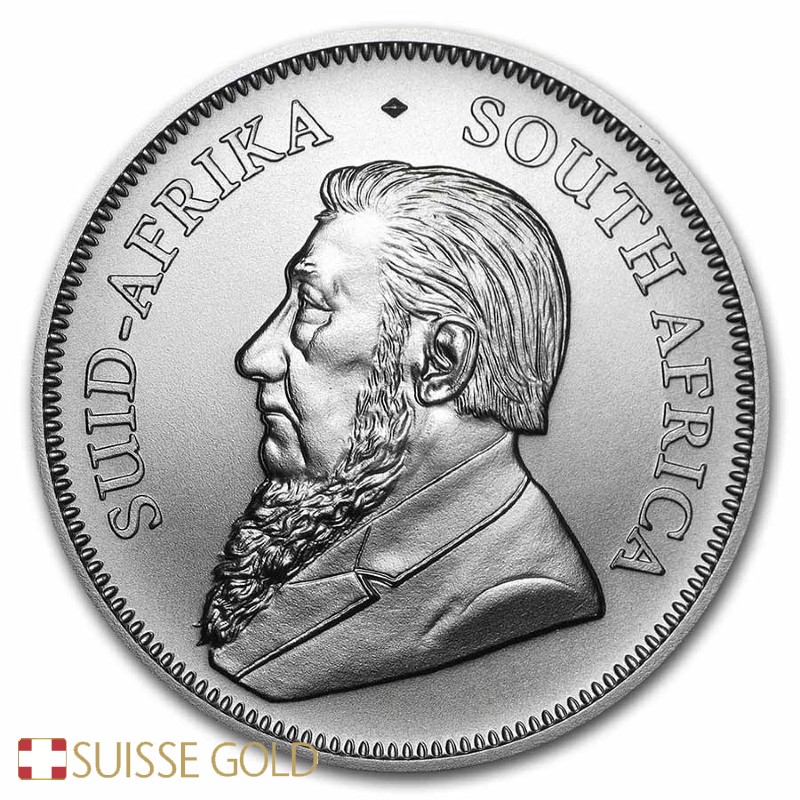 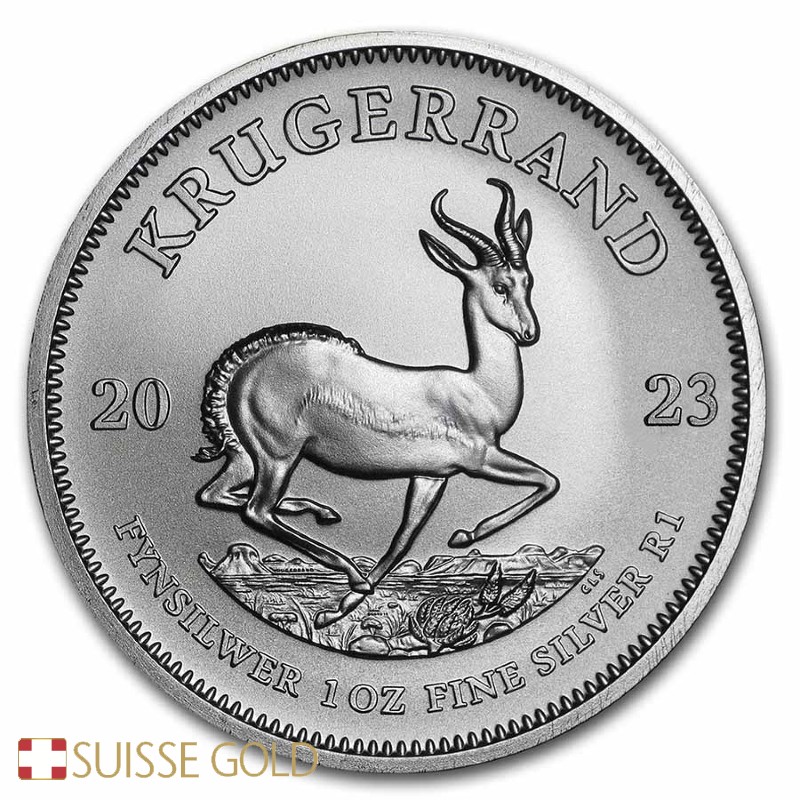 The Armenian Noah’s Ark is one of the youngest series of silver bullion coins in the world. It was introduced with silver coins in 2011 by the government of Armenia. Manufactured in Germany, this coin is unique due to the large range of sizes it is available in. the Silver Noah's Ark coin is available in sizes from 1/4 ounce up to 1 kilogram, including 5 ounce and 10 ounce sizes. The front of each coin shows an image of Noah's Ark with Mount Ararat in the backgound, and the reverse features Armenia's official coat of arms. 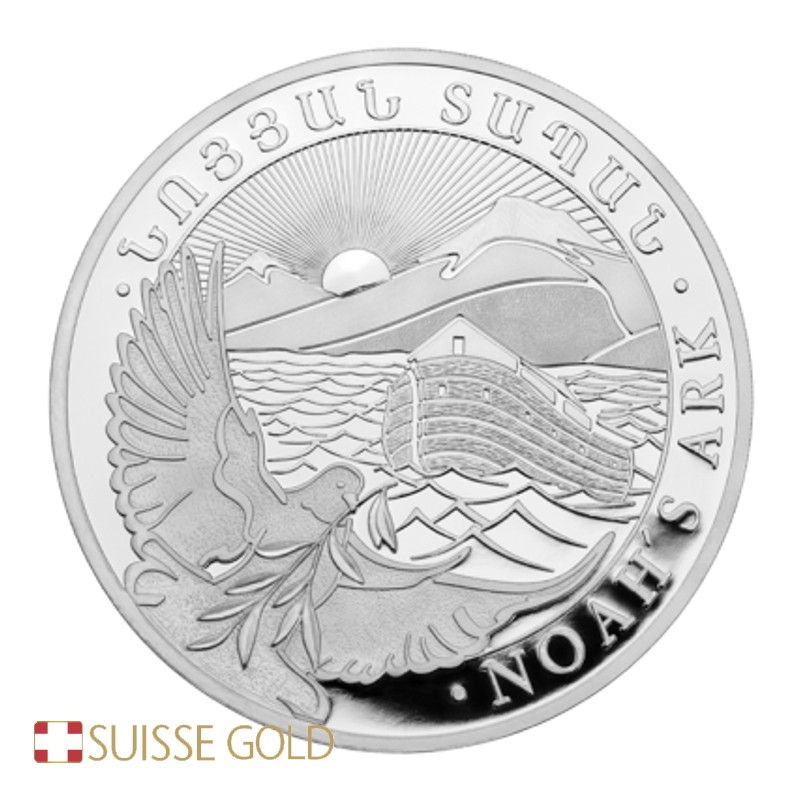 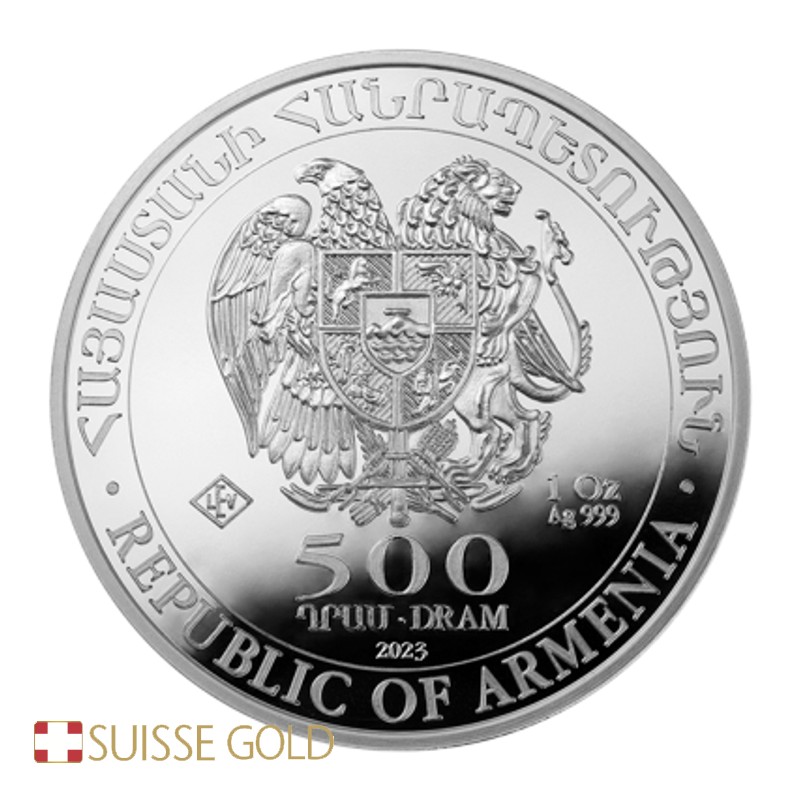 The Somalian Elephant is one of the most popular 1-ounce silver coins in the world. The series was initially released in 1999, and was unique in the release of a new image of an elephant on the coin each year. The front of the coin features the national coat of arms of Somalia, and this image remains the same each year. The image of the Elephant on the reverse side of the coin is updated annually. The 2023 1-ounce silver Somalian elephant coins features a portrait of the the African Elephant picking leaves from a tree branch with its trunk. It is available to purchase individually or in a tube of 20 coins. 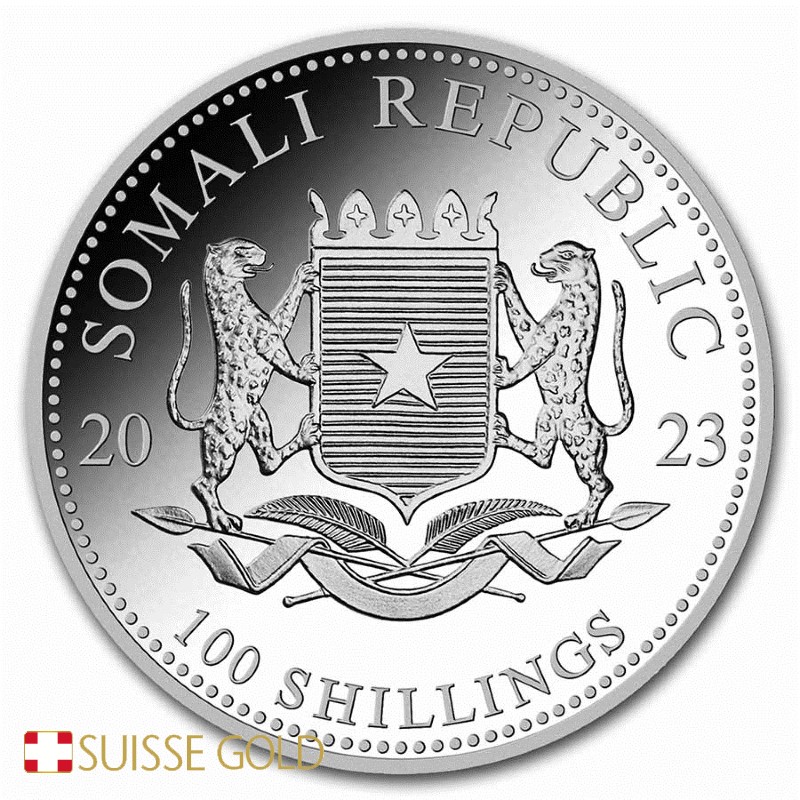 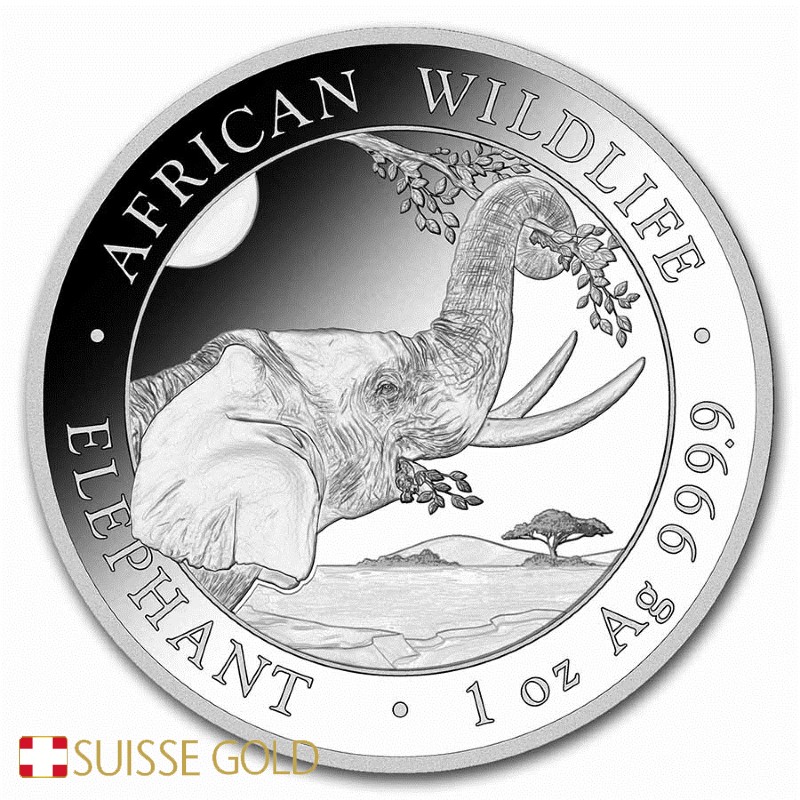 SuisseGold.eu sells the complete range of 2023 silver bullion coins. In most cases, all 1-ounce coins are available individually, in tubes of 20 or 25 coins, or in monster boxes. When buying 2023 silver coins, clients may select either worldwide delivery or secure Swiss vault storage. Swiss vault storage is VAT-exempt, and free of charge for the first 365 days from the original date of purchase. 2023 silver coins may be purchased using any of 20 currencies or 8 cryptocurrencies.