Owners of gold have seen their precious metal appreciate fairly reasonable in the past nine months.  On August 1, 2018, the London PM price of gold was floating just shy of $1,220 per troy ounce.  As of writing, the price is just north of $1,280. This represents a gain of around 5 percent over around nine months.  It’s not a grand return, but not real weak either.  Since peaking in late February, the price of gold has been a little soft.  Could this recent softness turn out to be the calm before the storm? 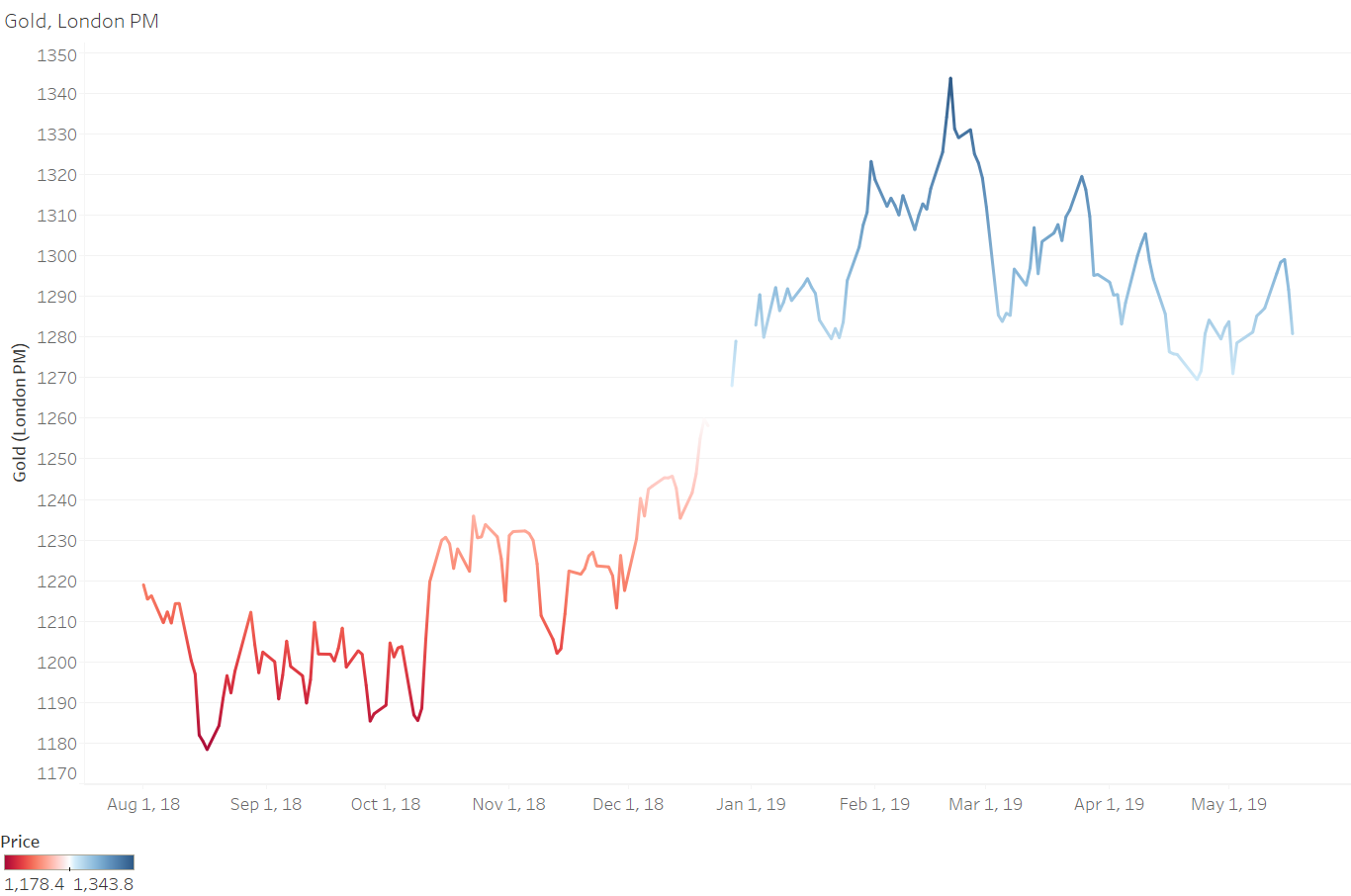 Are We at the Beginning of The Calm Before the Storm?

Although recent returns of gold have been moderate and the return over the prior months has been only 5 percent, one has to speculate why recent prices have not gone up more from where they are now.  One topic that could result in the price of gold ballooning higher is the “potential” for a dirty trade war between U.S. President Donald Trump and Chinese President Xi Jinping.

The possibility appears to be more likely than ever.  On May 17, 2019, U.S. officials officially announced tariffs on an additional $200 billion in Chinese-made goods.  China has responded likewise. 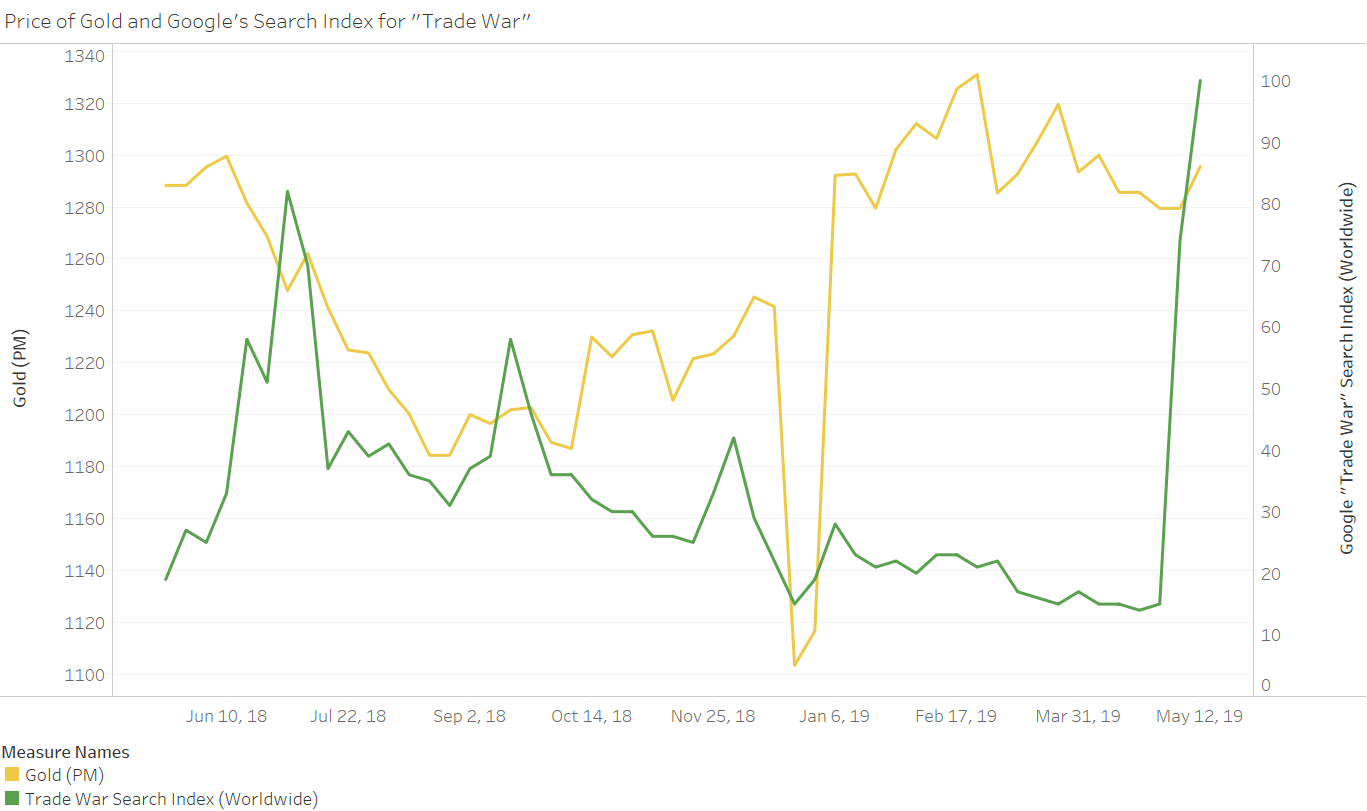 The Massive Interest in the Trade War - What Does the Jump Mean?

With interest in the U.S.-China trade war at the highest level possible, one must ask when the effects of the trade war jabs will show up in the price of gold.  They are not yet incorporated, at least it does not appear that they are.  As measured by the London PM gold price, the gold price is up only marginally since the Google Trends data placed “trade war” with a 100-index value.

That likely will not continue to be the case should the initial trade war jabs continue to turn into actual tariffs and threats.

The answer is that holders of gold and other precious metals investors will probably move more money into asset classes that offer real stores of value – and gold is the world’s foremost metal in this category.

Overall, the conclusion here is fairly simple.  A potential trade war does not appear to be fully priced into the price of gold.  Should the trade war continue to eat up attention and its economic effects become more pervasive, holders of gold may end up loving the trade war.  Investors seeking safety may very well push the price of gold to new highs when a trade war diminishes confidence in fiat currencies.  In the very least, this is one possibility on the horizon.