Gold was missing strong directional movement to determine its uptrend or downtrend. After higher-than-expected CPIs and PPIs were released as well as a weakening US dollar last week, the direction for the yellow bullion seemed to be up. On Thursday though, economic data was released which showed the US economy was well on track to meet its objectives. This gave the US dollar a well-needed boost and consequently, the US Treasury yields rebounded to previous levels. This news caused Gold to make its largest single-day gain in five weeks, although it was short-lived as a quick pullback followed the next day. 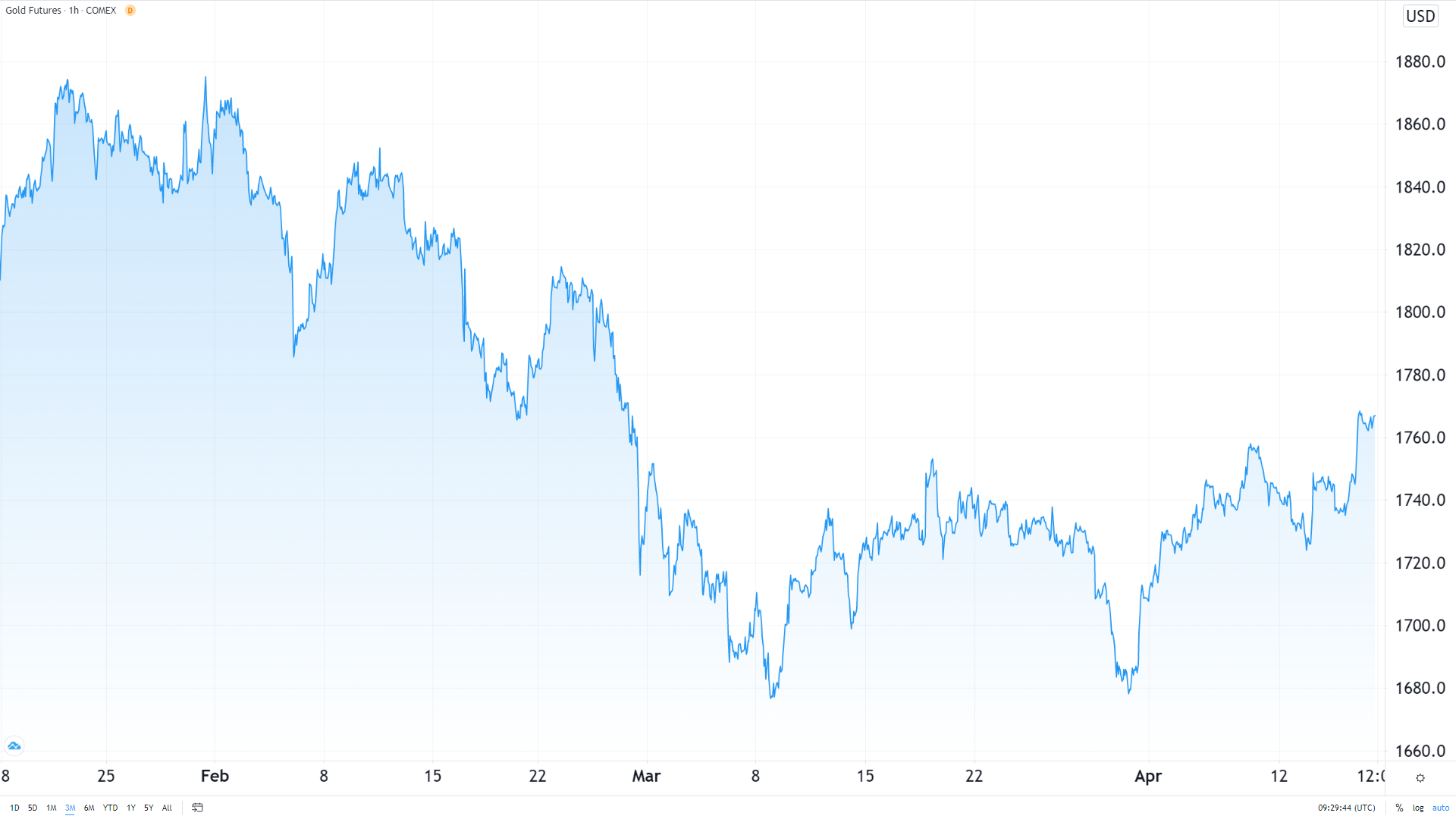 Silver followed the same price patterns as hold this week. Despite this, the gold/silver ratio is currently at 68.23 to 1 which shows that Silver is outperforming Gold as of late. Since the start of 2021, the ratio has been on a steady decline. Ratios started the year at around 80:1. The Green energy revolution is a massive driver in the growth of the white metal as scarcity will increase along with demand. Silver is a key metal in the use of solar cells which will be one of the main sources of renewable energy in the coming years.

Another factor that has been pulling precious metal prices down has been the releases of earning reports in the last week. More specifically, European markets scored record high earnings this season. For example, LVMH’s earnings surged this quarter which, along with other record earnings from European companies, caused a steady increase in European indexes this entire week. Despite this, inflation information released for Q1 has shown cause for concern as the CPI in 19 European countries rose to 0.9% inflation month-on-month and 1.3% year-on-year. The European Central Bank (ECB) is aiming to keep the inflation rates around 2% on the medium-term. This spike was expected, and the ECB warns that it is possible the inflation rates will exceed the target by the end of the year. This is a good environment for price increases in Gold.