Gold continued its recovery towards higher prices this week hitting a monthly high of $1,750/oz from its low of $1,687.5 on March 8th. The yellow metal ends its week slightly lower at $1,725.9 at the time of writing. Silver turned positive at the start of last week and continued its slow yet consistent increase, hitting a high of $26.43/oz and ending the week at $26.19. Silver demonstrated an increase of 2.7% in the last 7 days. Palladium saw an extremely healthy spike this week hitting its highest price in the last year at $2,691/oz while ending the week at $2,651.12 representing a 3.26% increase this week. Platinum on the other hand followed very similar trends to Silver ending the week virtually where it started at $1,209.88/oz. Rhodium, the metal specialised in greatly reducing NO2 emissions in cars also experienced strong gains this week. Increasing 14.17% from $24,700/oz and ending the week at $28,200/oz.

Gold’s recovery is likely to have been a correction after its quick drop following the spike in American bond yields. Increasingly though, this correction seems to be part of a bigger downtrend in gold prices. Despite US Treasury bond yields continually increasing, making a gold investment less favourable, the gold prices saw an increase. Along with other optimism within the economic recovery, it seems like gold is pointed towards lower prices in the coming months.

Palladium saw massive rallies this week following news of global supply cuts in the metal. Two Russian mines belonging to the world’s largest producer of palladium, Nornickel, were critically damaged following a flood. Following the upcoming supply deficit, the price shot up as much as 5%. With demand for the metal only increasing for uses in emission reduction, and supply being cut by 710,000 ounces, it is evident the prices for the metal will continue to grow throughout the coming months. 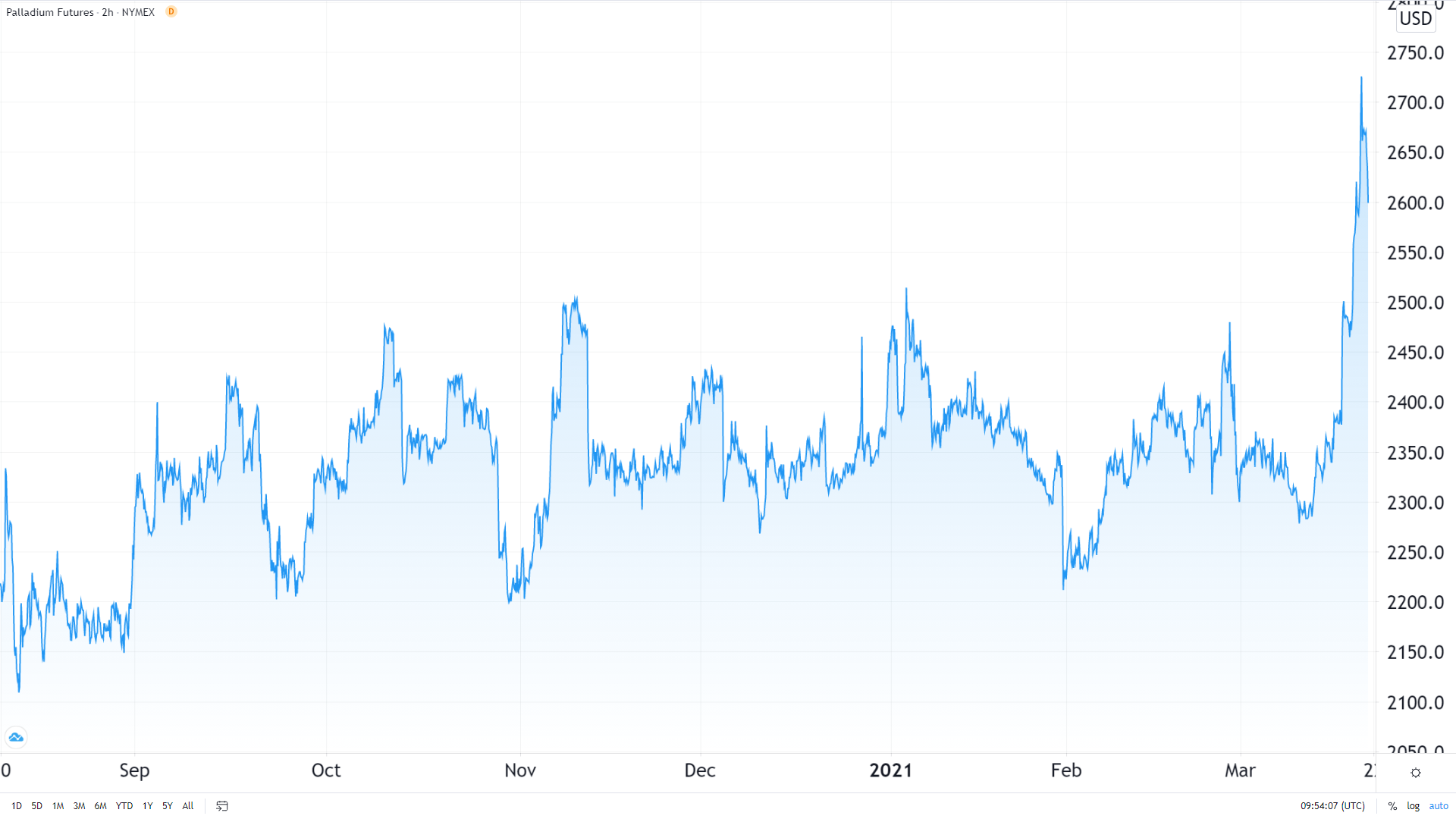 Despite Silver’s relatively slow few weeks, analysts believe that its current prices look attractive. As its media attention from retail investors is fading, many believe its long-term fundamentals will ultimately bring the prices up. The demand for silver continues to rise while the supply diminishes. It is now agreed that Silver has become rarer than gold while its uses continue to pop up in many industries, like Electronic Vehicles and renewable energy such as solar power. As more governments strengthen their stance on environmental sustainability, the demand for silver will only continue to grow.

The US Federal Reserve held a meeting on Wednesday where Fed Chairman Jerome Powell made comments to support great economic forecasts. Such news puts optimism throughout businesses and people alike. The future landscape for Gold seems bleak following all this good news laying around. On the other hand, the US Fed has pledged to keep a very easy monetary policy stance despite increasing inflationary pressures, pushing some favours towards Gold. Furthermore, the stronger dollar has caused stagnating precious metal prices like Silver and Platinum to be at further risk.