What Countries Produce the Most Gold Per Annum?

If you are new to the gold market, you might be surprised to know that gold production is heavily concentrated in only a select few countries.

Question: How long have China and Australia been on top?  Let’s look.

Before looking at the results on the following page, take a guess.  Would you guess China has been on top forever, or at least since 2004 (the year in which our data starts)?  Perhaps China’s reign has been only recently, and a country such as South Africa was on top back in the early 2000s?  Perhaps Australia was once the top gold producing country?  Was the United States ever in first place?  Has any European country ever been on top over the past 14 years?

The following figure has the answer.  The figure shows gold production by country from 2004 to 2017.

The size of the square represents the amount of the gold production.

The label on each graph represents the rank of each country compared to the other countries for each year.

Fascinatingly, the last time China was not the top gold producing country was back in 2006, when China ranked third among the top ten.

Three surprising findings seem worth noting.  The first is how consistently many of the countries show up on the top gold producing lists.  Australia, Canada, China, Peru, Russia, South Africa, and the United States show up on the list every year.

The second is interesting finding is the drop of South Africa.  Once considered the king of gold production, South Africa, which was in first place from 2004 to 2006, has dropped all the way to seventh place.  The drop has been consistent as producers in the country have struggled to keep up production (see the final graph on page 3).

The third interesting finding is the lack of any European country on the list.  Although European citizens and governments hold a large portion of the world’s produced gold, none of the European countries shows up on the top 10 producers list. 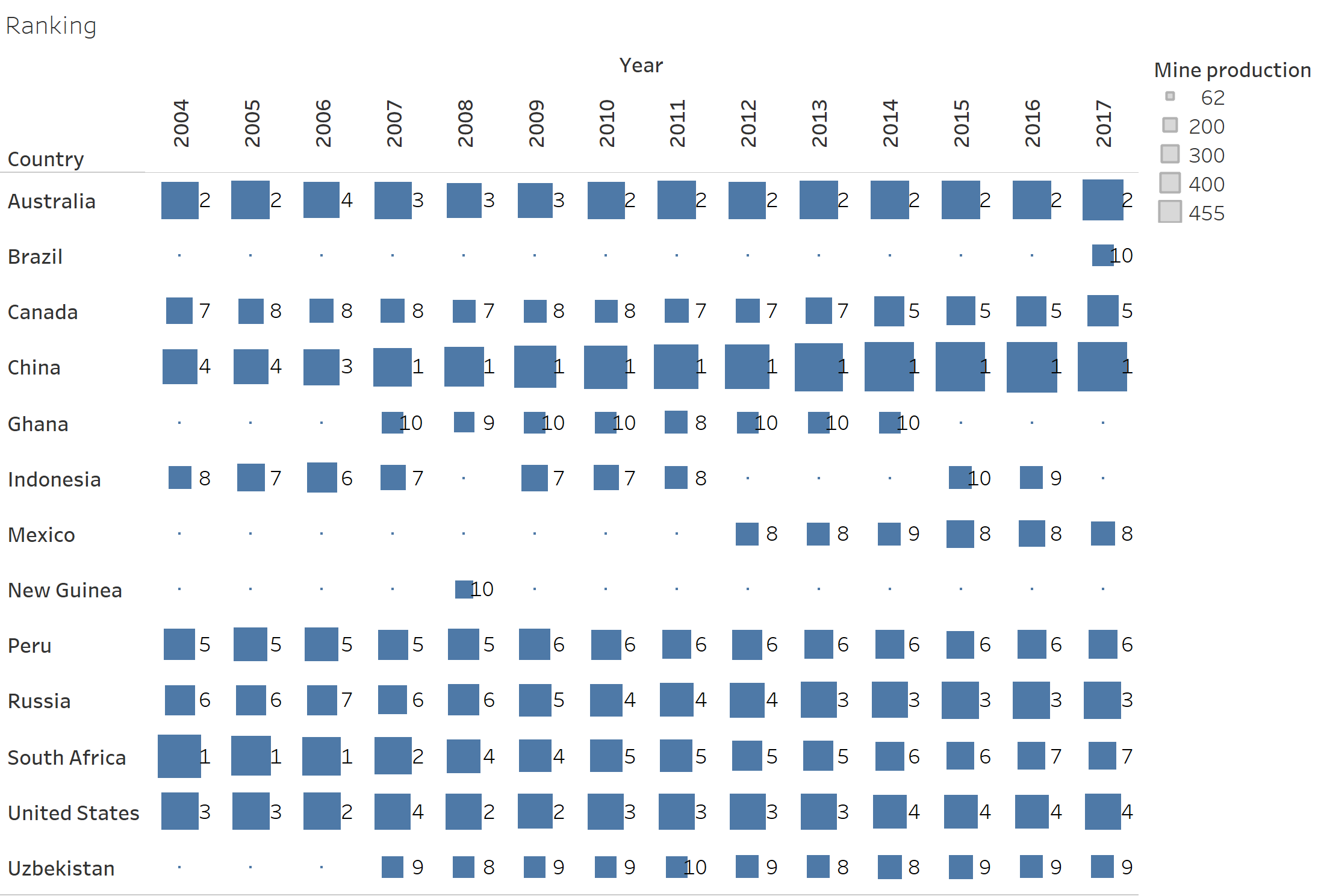 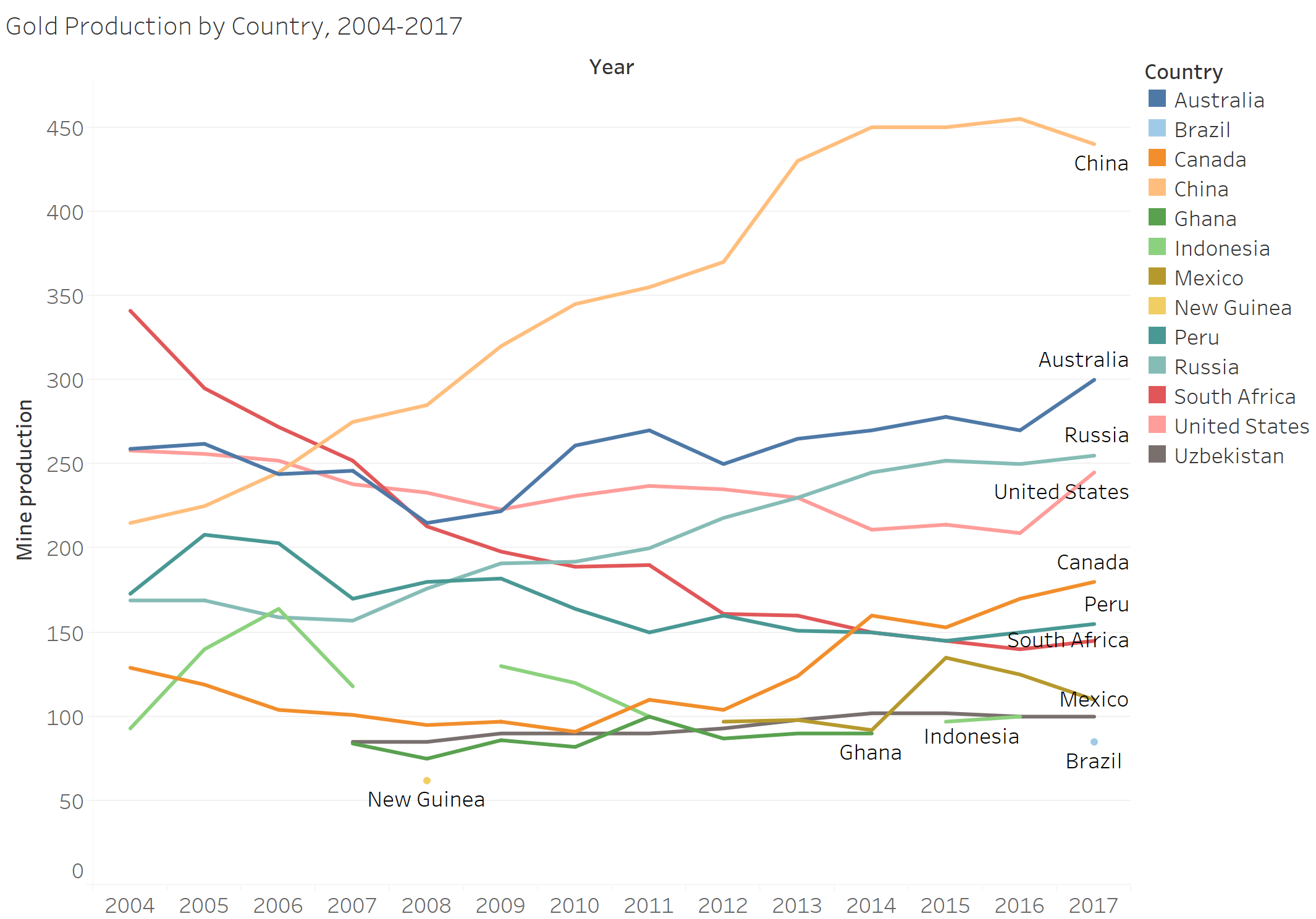