Which Central Banks Hold the Most Gold Reserves?

Would you guess the richest country in the world – the United States – as the top holder of the world’s most renowned metal?

Or perhaps Mother Russia, with its vast resources?

Perhaps China, the country that may soon become the largest economy in the world? Take your guess – because the answers follow below.

The Top 10
Perhaps unsurprisingly, the top country for holdings of gold by central banks is the United States, at 8,133 tonnes. In second behind the United States is the central bank of Germany at 3,370 tonnes. In third, interestingly, is not a country. It is the International Monetary Fund (IMF), with gold holdings of 2,814 tonnes. In fourth is Italy at 2,452 tonnes, followed by France at 2,436 tonnes, Russia at 1,944 tonnes, China at 1,843 tonnes, Switzerland at 1,040 tonnes, Japan at 765 tonnes, and the Netherlands at 612 tonnes. These entities make up the top 10. 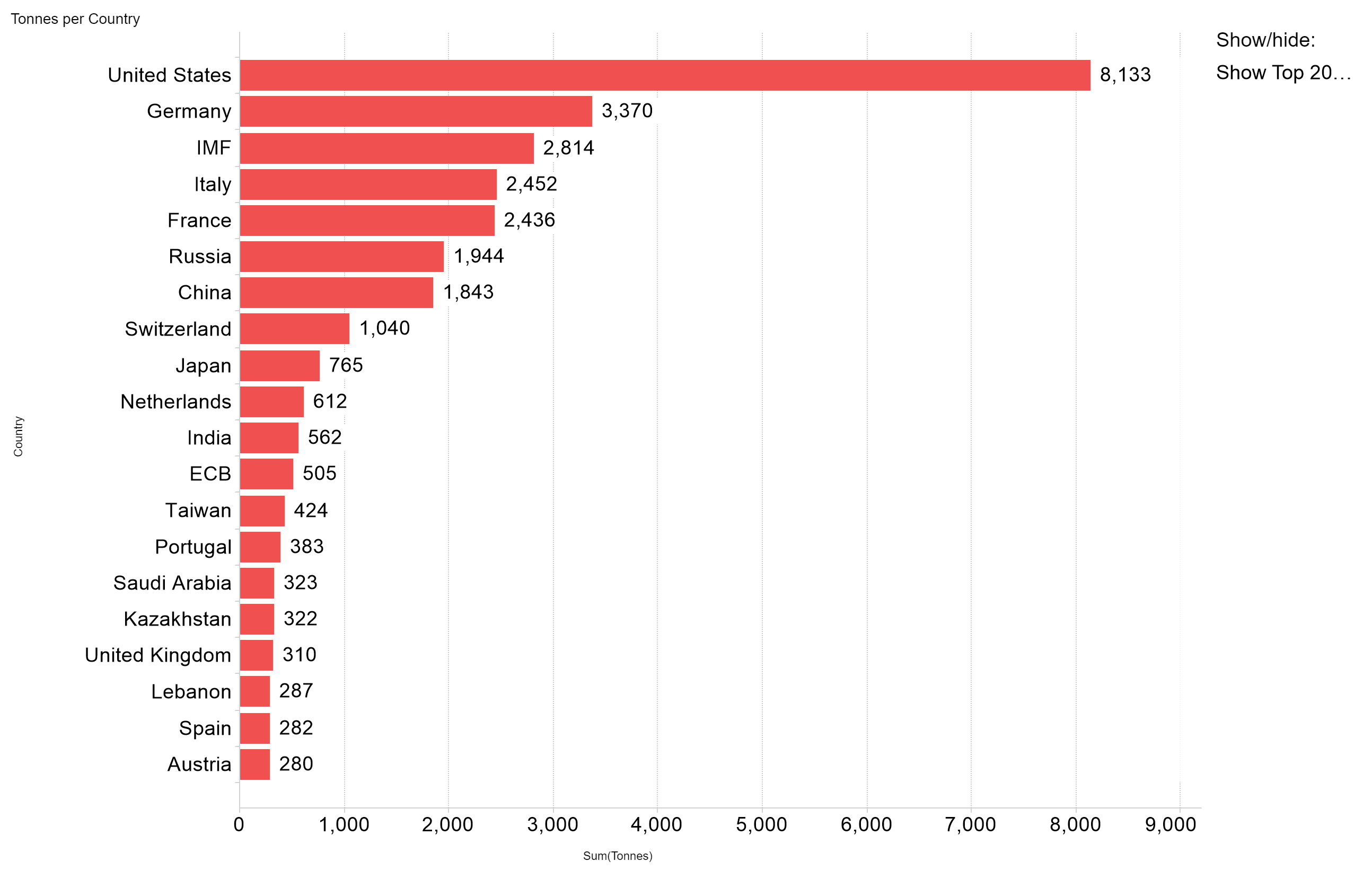 Perhaps the most surprising finding is that the United Kingdom is not in the top 10. The Bank of England diversifies more than other central banks.

It is somewhat surprising how the top six central banks (and the IMF to make seven) make up almost three-fourths of all gold holdings.

Countries certainly have their own view of the usefulness of gold, and it clearly shows up in the following graph. 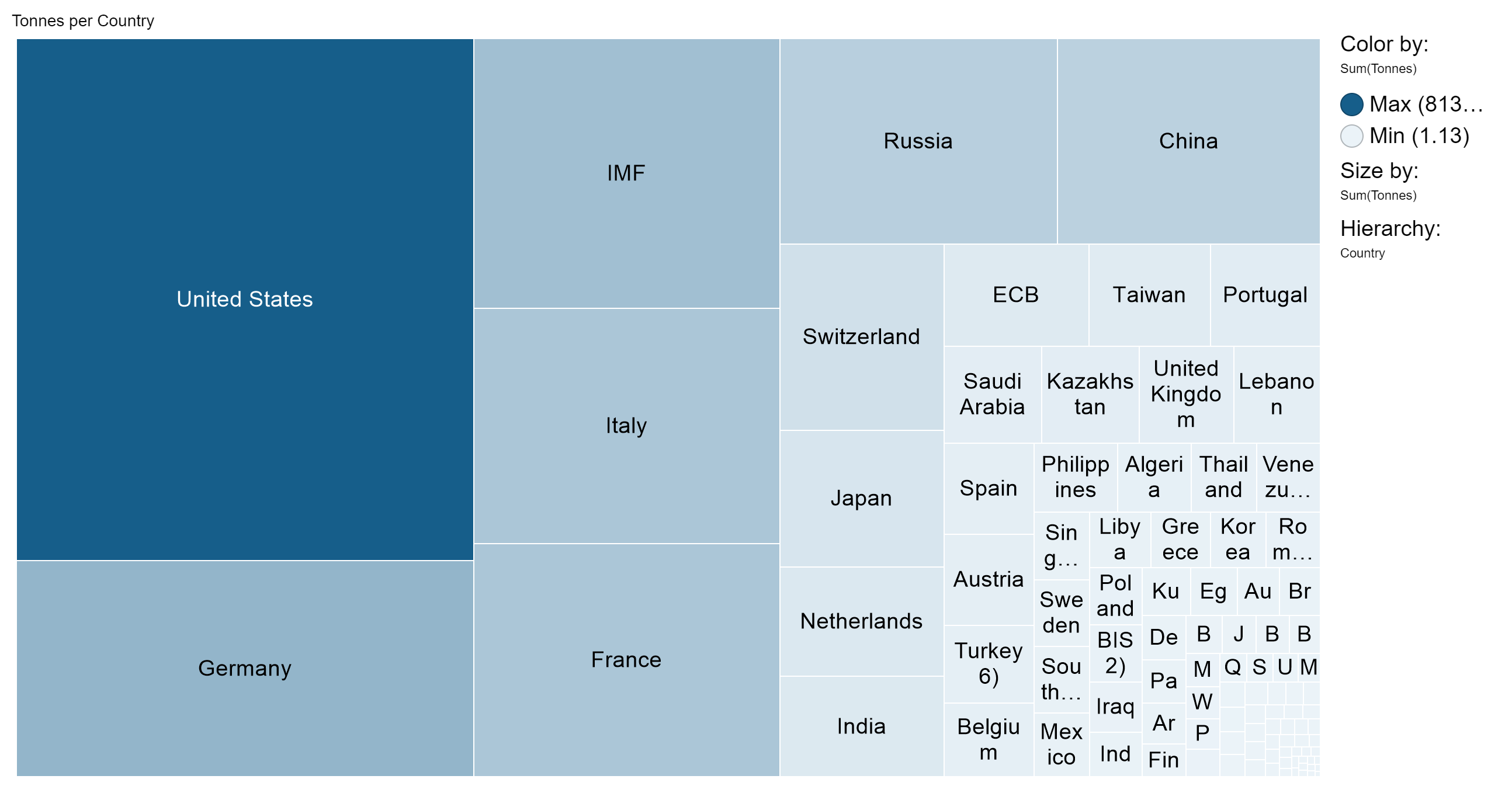