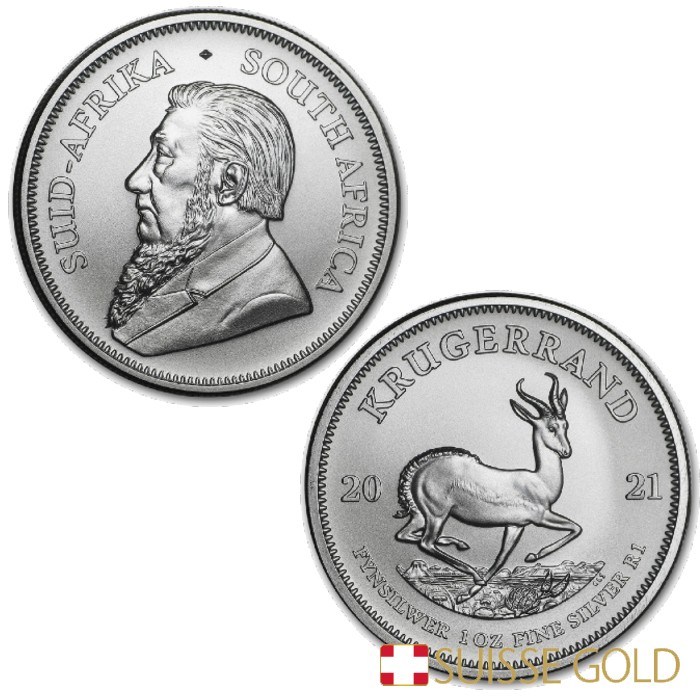 The Krugerrand was released in silver as a proof coin in 2017, and as a silver coin available to silver investors in large quantities in 2018. The 1 Oz silver Krugerrand is a competitor to the silver Maple Leaf coin, as the two have a similar premium over spot, and are relatively low margin silver coins.

The 1 Oz Silver Krugerrand is available as an individual silver coin or as a monster box of 500 pieces.

The silver Krugerrand coin is produced by the Rand Refinery in South Africa.

Price includes vault storage for up to one year.