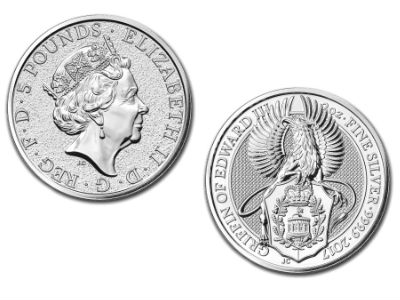 Each coin features an image of Queen Elizabeth II on the front, with the face value of the coin. Each 2 Ounce Griffin coin has a face value of 5 GBP.

The reverse of the coin features an image of a Griffin standing above a shield with a royal crest. Encircled around the coin's edge are the words "Griffin of Edward III", as well as the weight, fineness and year of minting of the coin.