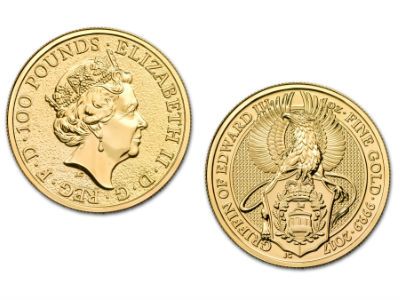 Each coin features an image of Queen Elizabeth II on the front, with the coin's face value of £100. The reverse of the coin features the image of the Griffin of Edward III, and also contains the weight, fineness and year of issue of the coin.