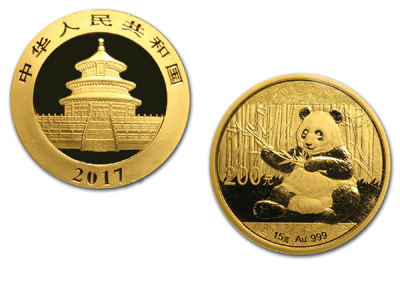 The Chinese Mint produces the Chinese Panda series of coins.

The 2017 gold Panda features an image of the Temple of Heaven on the front, with the year of minting at the bottom.

The reverse of the coin features an image of a Panda eating bamboo.

The Chinese Panda has a face value of 200 Yuan.