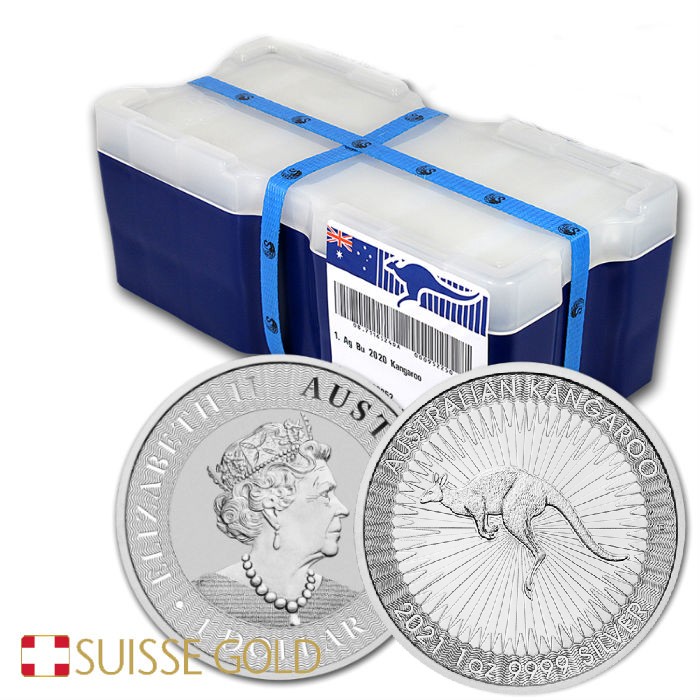 The quality and design of these coins make them a favourite among silver investors. These are some of the purest silver coins available, with a purity of 9999.
If you have silver Kangaroo coins or silver Kangaroo monster boxes that you wish to sell, please contact us for a quote.
Price includes free insured storage in our vault for up to one year from purchase date.