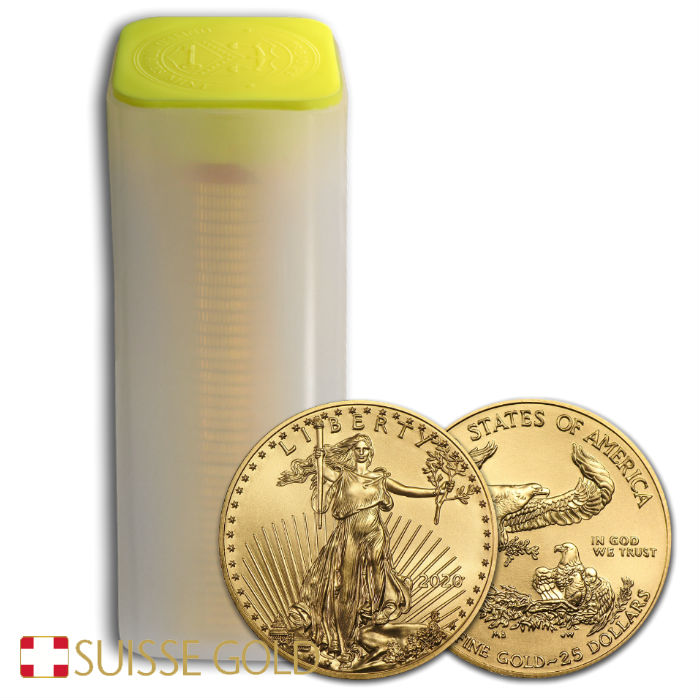 Investing in physical gold bars and coins first gained popularity in the 1960, when the Rand Refinery released the gold Krugerrand coin. This coin grew in popularity to all time high sales of 3,000,000 coins in 1979, however, sales quickly curtailed during Apartheid. Shortly thereafter, the United States and canada both launched their own gold bullion coins, which filled the market in place of Krugerrands, which were no longer readily available.

A History of the American Eagle

The US Gold Eagle was first launched in 1986 and was an instant success. The coin has been released every year since then. The gold Eagle series is available in four sizes - 1/10 ounce, 1/4 ounce, 1/2 ounce and 1 ounce. All American Eagle gold coins are minted using American mined gold bullion.

The United States Mint also launched the American Eagle in silver in 1986. In 1996, a platinum Eagle was introduced to the market, which has been released since then, but not continuously. In 2017 a palladium Eagle was also released, however, this was not continued in 2018.

​In addition to the American Eagle, the US Mint also produces the St. Gauden and the American Buffalo gold coins.

American Eagle gold coins feature the same design each year. The front of the coin features Lady Liberty Walking with the sun rising behind her. She carries both an olive brand and a torch. The coin's year of minting is located to the right of the image. The inspiration for the design of the coin came from the original St. Gauden coin, which also featured Lady Liberty.

Tubes of gold Eagles are available for VAT-exempt storage in Switzerland, or for delivery. Clients may pay in any of 15 currencies.