The silver Kookaburra Coin series is released annually by the Perth Mint, located in Perth, Australia. The coin was first released in 1990, and 2020 will mark the 30th anniversary of the coin.

Design of the Silver Kookaburra Coin

Each year, the silver Kookaburra coin's design is updated to reflect a new image of a Kookaburra bird. However, many of the coin's features remain the same. The front of each coin features an image of Queen Elizabeth II with the word 'Australia' and the coin's face value located at the bottom.

The reverse of the coin features an image of a Kookaburra in the center. The outside of the coin always features information about the coin, including its year of minting, it purity, its weight, and the metal type. 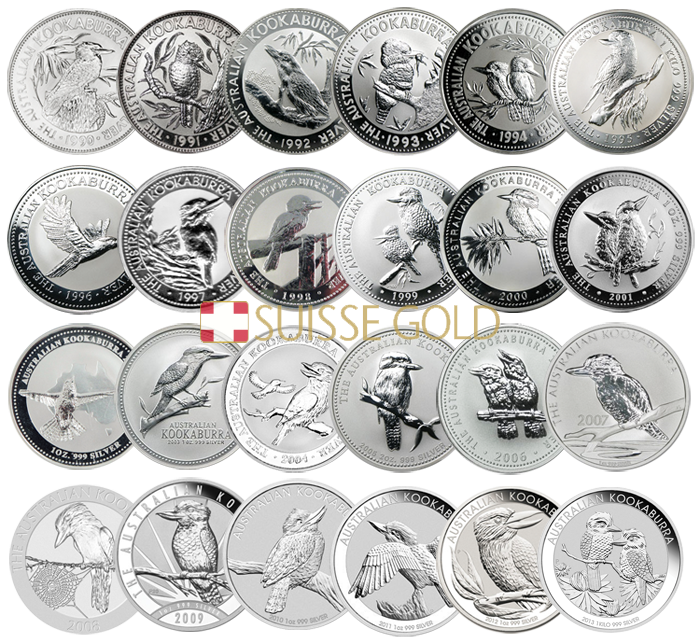 Numismatic Benefits to the Kookaburra Coin

The Silver Kookaburra series is more popular with numismatic silver investors than coins like the silver American Eagle or Canadian Maple Leaf. This is partially due to the fact that the image of the Kookaburra on the coin is updated annually. Many silver investors like to collect these coins annually, so that they have all of the designs.

The Silver Kookaburra Coin and the Perth Mint